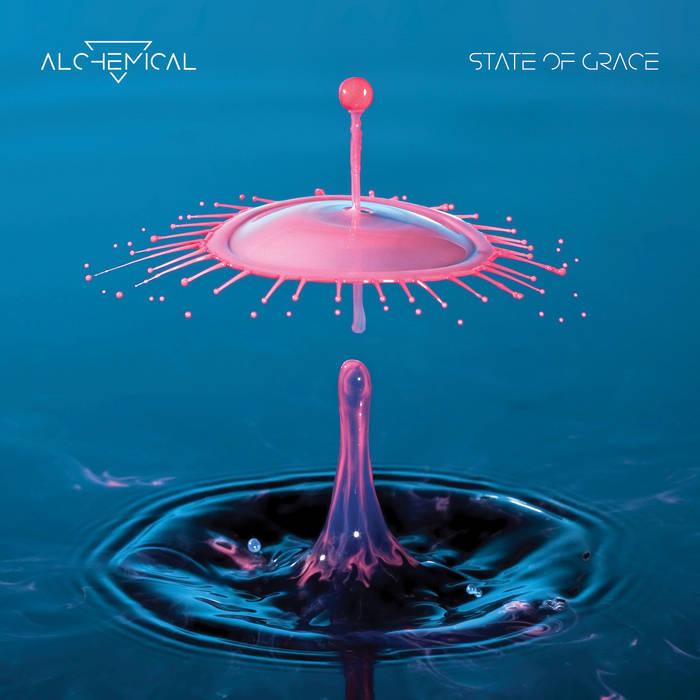 Alchemical is the new widescreen collaborative music project from two London-based musicians: stunning singer songwriter Aisling Iris and talented bassist/producer Mike Flynn. First meeting by chance at a late night jazz festival jam session the duo subsequently found an instant creative rapport and began writing a huge amount of material over the following 18-months. The first fruits of this collaboration is the State of Grace EP, which brings together strong melodies, rich vocal harmonies, poignantly personal lyrics, head-bobbing grooves and thrilling jazz solos. The four songs are among a dozen or more written by Aisling and Mike and embody a genre hopping approach that brings together soul, jazz, funk and electronica.

Opening track ‘State of Grace’ has the quality of a hypnotic meditative chant lulling the listener into it’s sonic cocoon. ‘Weather’ dives into an existential universe – with a thought provoking quote from Neil deGrasse Tyson – with Aisling’s voice soaring around a constellation of drum’n’bass beats and darting melodies; ‘Protect Me’ is an ode to the healing power of sound that takes the listener on an intertwined bass and vocal exploration and ‘Dawn Chorus’ is a hymn to keeping faith in an often cynical world.

All songs written and arranged by Aisling Iris and Mike Flynn – except ‘Weather’ (with Sam Crowe) – Strings on ‘Dawn Chorus’ arranged and performed by Ben Sarfas.

With special thanks to Heather Taylor - RedFireMusic, Orphy Robinson, Steve Lawson, Michael Antoniou and Nigel McFarlane without whose introduction this music never would have happened!

Bandcamp Daily  your guide to the world of Bandcamp

Featuring appearances from Kari Faux, Bluestaeb and and interview with NY-bred artist Wiki